ASPIE is proud to announce that Jonathan Whitlock, an ASPIE artist whose paintings have drawn increasing attention in recent months, opened a two-month solo show in his home town of Lancaster, Pennsylvania today. He is the gallery’s inaugural artist.

“Whitlock’s art radiates mystery and beauty and is perfect for the opening of the new gallery,” wrote local news outlet LNP.

The show, called “ONE Point of View,” will be held at Gallery One, a new facility that is located in a renovated building occupied by Realty One Group Unlimited. In an age when artists are often exhibiting in restaurants and coffee houses, the fusion of art and real estate makes sense.

“What better way to begin our gallery journey then to feature someone who has such an inspiring journey of positive outlook, patience, grit and faith,” Rebecca Firestone, the gallery’s curator, told LNP. “Our space was developing, taking something existing and converting it and it parallels uniquely with Jonathan’s journey of art.” 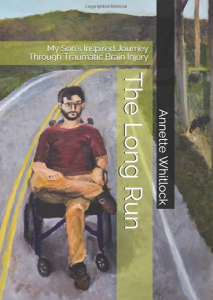 Jonathan was still in college when he sustained a traumatic brain injury in a car accident that put him in a coma for five months. When he emerged, he could not walk, see out of his left eye or use his left hand. Yet he persevered. His mother, author Annette Whitlock, wrote a book called The Long Run that chronicled his recovery.

“He didn’t just have to start again, he had to relearn, develop new skills, overcome frustrations and stay positive,” Firestone told LNP. “And, this is not ever over for him—it is his daily life experience.”

Today, 20 years later, Jonathan is a professional painter with gallery showings, multiple sales and a catalog all his own. He is a top seller at ASPIE. He gives lectures. In fact, LPN recently wrote a story about Jonathan and his mother.

Jonathan’s solo show at Gallery One features the oil-on-canvas floral and landscape work that Jonathan has focused on in recent years, inspired by the Amish bouquets in his home town and Pennsylvania’s famous Longwood Gardens. It also features Jonathan’s abstract work, such as Discernment, a massive 72- by 54-inch painting that was started before his car accident and completed afterward.

Jerry Buckwalter, co-founder and CEO of ASPIE, said Jonathan is an inspiration to artists all over the country who struggle with disabilities.

“That’s the very reason that ASPIE exists—to help people like Jonathan get a start,” he said. “The world is discovering Jonathan’s talent. And we are so proud.”