ASPIE is a nonprofit organization that empowers adults with cognitive disabilities to become more self-sufficient. We provide special-needs artists with a virtual gallery to display their work, which includes premium quality paintings, jewelry, woodwork, photography and other forms of art and craft. The donations to this site provide these artists with sustainable supplemental earnings that do not interfere with their government benefits.

ASPIE artists are disabled adults who have talent and skills and medium- to high-functioning capabilities, yet cannot operate well within a typical work environment. We create and arrange affordable, secure and appropriate housing for those who can be more independent and give them a means to participate in their own financial support. The ASPIE gallery is free to our artists and they receive at least 80 percent of every donation. The result is an increased level of independence in a society where social services are shrinking and mainstream job opportunities are very limited.

ASPIE artists create. They paint, make photos, work with wood and produce a variety of different art. Their pieces are then displayed on the ASPIE gallery, where supporters can make a donation and receive a piece of artwork in return.

This empowers our artists, gives them a sense of well being and helps them thrive. It also presents a scalable, market-driven solution for a population of disabled adults that is growing.

ASPIE offers unique art to the public, and a portion of every donation is tax deductible. More important, promotion of the art in the ASPIE gallery helps educate people about the capabilities of adults with cognitive disabilities, even if they do not choose to donate.

A gap exists in support services for adults with cognitive disabilities. Services for youth have increased in recent years, but basic services to enable income and housing for adults is lacking.

Our founder, Jerry Buckwalter and his wife Jean, saw the need through their son Jesse, an adult with Asperger Syndrome, a condition on the high functioning end of the Autistic spectrum. Jesse struggled to master the life and work skills necessary for traditional employment. But his parents realized he had skills in photography and composing photos to create just the look he wanted. Jesse would perseverate on a topic or idea as many autistic people do, with no concept of the passage of time. He would study a photographic subject and patiently take dozens—sometimes hundreds—of pictures until he achieved the right composition.

His parents thought he was a good photographer, as all parents would, but began to realize it might be more than that when he won several public art contests. Then one day, when Dad picked up his son’s photograph from the framer, he was told that several art collectors offered hundreds of dollars to buy the piece. That framed photograph now hangs proudly in their home.

The light bulb was turned on. Jerry and Jean embarked on a journey to find the best ways to supplement their son’s financial situation using his photographic talent. Their son was capable of living independently with some assistance, but his finances fell short. All traditional means to earn money were short lived, and only resulted in a reduction of government benefits. Just a little boost was all it would take. And that is how ASPIE was born.

Since then, ASPIE has been dedicated to creating a pathway to help adults with challenges achieve greater independence, providing a platform for supplemental earnings and help with housing options. ASPIE does the legwork for financial mechanisms, regulatory compliance, contractual arrangements and coordination of government services, creating a one-stop solution. Our goal is to address previously unmet needs, and be readily accessible, efficient and free of charge to those who need us.

One critical element needed to enable ASPIE’s work came in the form of a key legislative milestone. The Achieving a Better Life Experience Act of 2014, more commonly called the ABLE Act. The legislation created a special type of savings account—called an ABLE account—that allowed adults with disabilities to receive supplemental income without losing government benefits such as Social Security and Medicaid.

ABLE accounts facilitate ASPIE’s model. A new tax-advantaged account under Section 529 of the Internal Revenue Code, ABLE accounts meet the ongoing needs of adults with disabilities. They can be established on behalf of a disabled person, if the beneficiary’s disability began before age 26. Annual contributions are limited to the same amount as the gift tax exclusion for an individual ($14,000 in 2014) and the upper limit for lifetime contributions is the same as that for a 529 educational plan in the disabled person’s state of residence. Tax-free withdrawals can be made for “qualified disability expenses,” including education, housing, transportation, employment-related expenses, assistive technology and health care. The first $100,000 in an ABLE account is not counted as an asset for purposes of SSI eligibility. However, the beneficiary remains covered by Medicaid regardless of the account balance.

ASPIE is one of the first organizations to help artists with disabilities make better use of ABLE savings accounts, and we greatly appreciate those who made this policy a reality.

Gerald (Jerry) Buckwalter
Chairman of the Board

Jerry has an adult son with Asperger Syndrome. The life-long challenge to find his son’s place in society inspired Jerry and his wife to create ASPIE as a way to help adults with disabilities become more independent and self sufficient. An engineer by training who started his career in the U.S. Army, Jerry is now Director of Strategy at Northrop Grumman Corporation.

John Ariale has nearly 30 years of senior-level experience in congressional relations, legislative politics and advocacy. John was the principal drafter of the Achieving a Better Life Experience Act, commonly called the ABLE Act, a landmark piece of legislation passed by Congress in 2014. The ABLE Act promotes independent living and community inclusion for people with disabilities. John received The Arc’s inaugural Catalyst Award for the Public Policy Victory of the Year in 2015.

Phil Whitebloom is Vice President of Sales for the America’s at ENENSYS TeamCast Inc. in France. Phil has worked for several communications companies, but most notably has more than two decades at Sony Electronics of America, including 18 years in Sony’s government and education businesses.

Chris Long is President and CEO of Washington Resource Associates and the Center for Public Policy Innovation, a non-profit think tank dedicated to educating Congress on policies related to innovation and emerging technologies. He also founded the Digital Dialogue Forum and Homeland Security Dialogue Forum, which facilitate collaboration between the tech industry and government. Chris has a successful practice advising a diverse array of clients on issues related to innovation, technology and national security.

Evan Wolff is director of the Homeland Security Practice at the law firm of Crowell & Moring LLP. Evan has significant experience advising companies on computer network and security issues. He served as a senior advisor at the Department of Homeland Security in the Office of Infrastructure Protection. Prior to his legal career, Evan worked as a geologist at the U.S. Nuclear Regulatory Commission.

The board members at ASPIE honor the memory of Marilyn Hays Ph.D., who advised our organization until her untimely death in early 2019. Marilyn began work in the field of autism in 1974, helping to create curricula and public school programs for people with cognitive disabilities. In 1997, she wrote the book, Working Together for a Brighter Future, and in 2001, she founded STARS Club Inc., a non-profit organization for high functioning individuals with autism, Asperger Syndrome and other developmental disorders. Her guidance and influence are greatly missed. 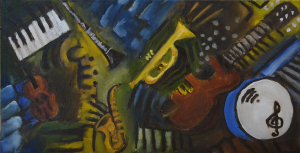 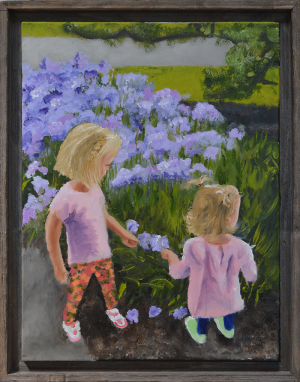 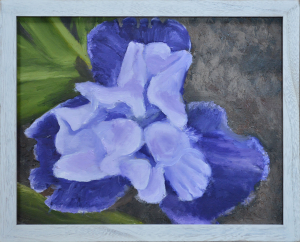 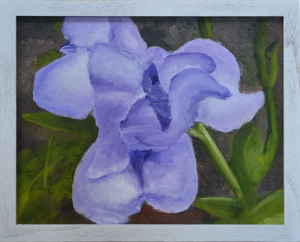